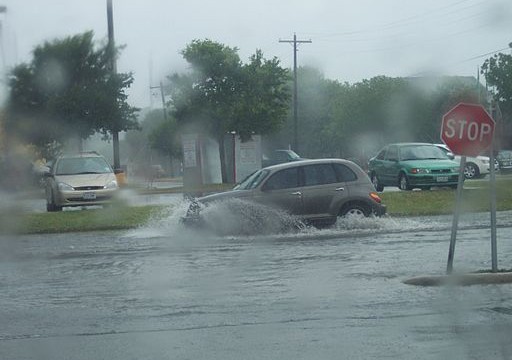 In the last few weeks, I have heard the topic of climate literacy raised several times  – the pressing need to persistently connect the dots between our day-to-day experiences and choices – in our homes, workplaces and communities – and global events.

Only a few days ago Hurricane Patricia hit the coast of Mexico.  It was the most intense tropical cyclone ever recorded in the Western Hemisphere in terms of barometric pressure, and the strongest globally in terms of winds measured at 320 km/h.

A few days later, rain, wind and flood warnings were issued for parts of the province as the tail end of Hurricane Patricia moved into southern Ontario.  Municipal employees were on the front-line of responding to flooding, power outages, and transit delays. Nothing new. Responding and adapting to the consequences of a changing climate is becoming business as usual for local governments.

Municipalities are also on the front-line when it comes to mitigation and this is where we must to do a better job at connecting the dots.

There is a strong connection between where and how we live and our impact on the climate and our resilience to its change.  Cities influence almost 60% of Canada’s energy consumption while 50% of greenhouse gas pollution come from buildings, homes and vehicles within our cities. Land-use planning decisions – a local government responsibility – influence two of the largest greenhouse gas emitting sectors in Ontario: transportation (36%) and buildings (19%).

I recently attended a meeting of municipalities who are leading by example in their own facilities and operations. They are achieving stunning reductions in municipal energy costs while reducing greenhouse gas pollution.

Yet, it is still not easy.  Despite rigorous business cases, I learned that support for funding can still fall victim to shifting political sands – either within the municipal administration or at council.  While municipal administrators understand the concept of “avoided costs”, not all elected officials do.  Even if they do, short-term political expediency can still prevail.  Can we honestly say, as electors, that we demand long-term financial decision making of our local governments or are we just as much a victim of the four-year election cycle as the politicians?

The need for climate literacy is not just underscored by change but the hurtling pace of change.