Community Energy: Back to the Future 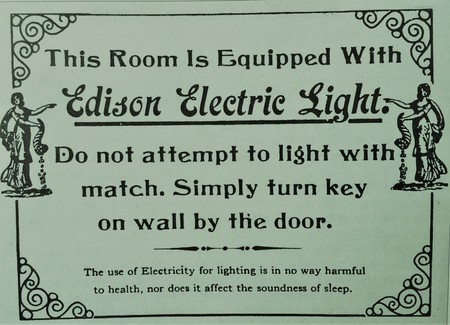 I am heading to the annual QUEST conference which brings together community energy leaders from across Canada. I will be leading a round table discussion with a colleague, Rob Kerr, on how new governance systems are crucial for implementing community energy plans.

While energy decision making has occurred in isolation to urban planning and development for over a century, this is rapidly changing as the transition to a more distributed and renewable energy future picks up speed.

However, that was not the case, over a century ago. Power was top of mind for mayors and local boards of trade in Ontario, for instance, where many industries still relied on steam power generated from American coal. Rising prices and coal shortages were becoming a threat to the industrial success of local communities. Local governments were quick to embrace a new energy innovation, electricity. By the turn of the century, most electrical systems in Ontario, were owned by local governments eager to power local economic success.

Fourteen Ontario cities, members of the “Power for the People” movement, were highly influential in the formation of the Hydro-Electric Power Commission of Ontario, which brought, for the first time, abundant and cheap Niagara power to homes and businesses, in 1910.

The first industrial age was powered by steam and abundant coal, the second by centralized electricity and cheap oil. One hundred years ago, Ontario cities took steps to accelerate their transition to a new industrial age, to ensure the sustained resilience and prosperity of their communities. A century later, history is repeating itself.

As we enter the third industrial age, our economy and communities will be powered by distributed and renewable energy. Globally, cities are stepping into the energy space to, once again, ensure the future resilience and prosperity of their communities, just as their predecessors did in the early 1900s.

There were no governance systems in place when electricity first came on the scene. They had to be invented, and there were hits and misses along the way. The same is true today, as local governments clarify their new energy role in a post carbon world. Community energy plans are the first step in understanding that role. They also identify local  economic development priorities, as markets for distributed and renewable energy grow.

Our round table will explore how communities are introducing new governance models to oversee and implement their community energy plans. In this way, they keep energy top-of-mind for elected officials, local government staff and community stakeholders. This is essential for a more coordinated transition, where risks are mitigated and benefits amplified.

New governance models establish the role of local governments and other stakeholders. They also provide a platform for political, staff and community stakeholders to convene regularly. In some cases, they provide the legal framework needed to implement projects.

Energy is coming home again, as we go back to the future.