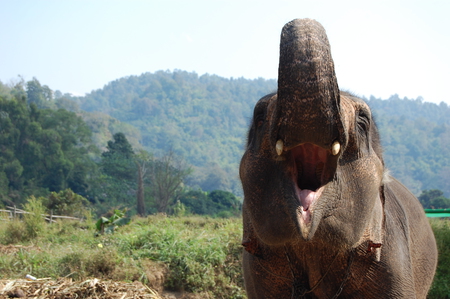 I have always appreciated the ancient parable of the blind men and the elephant that originated from the Indian subcontinent, many centuries ago. I was first introduced to the fable in an eastern philosophy course during university and it has frequently come to mind over the years.

Several blind men come upon an elephant for the first time.

Each man touches a part of the elephant, a tusk, the trunk or the tail and they ask each other to describe the elephant.

The blind man holding a tusk says boldly, “the elephant is a spear”!

Plainly, their individual experience of the elephant is incomplete. However, they come to blows over what an elephant is, believing each other is being dishonest in their description.

The parable has been interpreted in many ways by different religions, philosophies and the sciences. From a political perspective, I have understood the lesson to be that we can often present our partial experience as the whole truth and ignore the experiences of others. We all do it – politicians, civil servants and citizens. The parable reminds us that we might only be partially right when we consider a decision, because we often limited by incomplete information.

Whenever I thought an issue before city council would be simple to resolve, I was usually proven wrong. There was always another perspective – often many. If we were lucky, we surfaced them in the moment, but often our awareness came later. We might yearn for simple answers to a complex issue, but they rarely are.

There is a humorous take on the story of the blind men and the elephants and it is about six blind elephants:

Six blind elephants were discussing what men were like. After arguing they decided to find one and determine what it was like by direct experience.

The first blind elephant felt the man and declared, “Men are flat.”

After the other blind elephants felt the man, they agreed.

Humans are far from “flat”. We are dazzlingly diverse. Biologically, we have evolved to look quite different from one another, despite our similar bipedal form and DNA. However, it is our cultural diversity – our different languages, customs, foods, myths and more – that shape our perspective and understanding of the world.

When the early settlers in Upper Canada took to the streets to fight for responsible local government in the mid-nineteenth century, their perspective on their world differed markedly from the aristocrats who sat in the House of Lords in Westminster Palace. Even so, their views on representative democracy were deeply influenced by their colonial roots. The voices of Indigenous peoples, women and new immigrants were not part of the democratic conversation. In some regards, not much has changed, a century and a half later. As we welcome the global diaspora into our communities - and as those same communities are being asked to help solve wicked global issues, like climate change and growing inequity - the need for fresh perspectives, greater representation and authentic inclusion in our local democracy has never been more pressing.