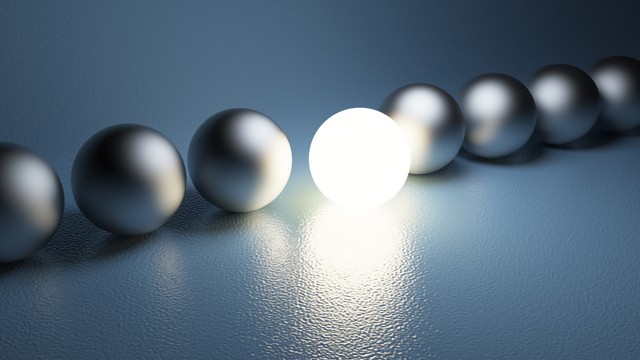 Someone recently sent me this great graphic about the difference between a boss and a leader.  Personally, I would say “tyrant” rather than “boss” because they are very hard on an organization. I  have also seen this management style referred to as “toxic leadership” in management books. 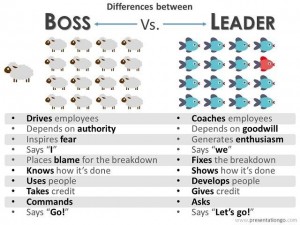 I can think of many stories that are illustrative of these behaviours and their impact on the performance of an organization.

One that particularly speaks to me is how “blame” gets in the way of getting things done.  I am frequently asked how did I get things done as mayor.  My answer is often: focus on solutions.

There wasn’t a major project during my time as mayor that did not come with its share of unexpected and seemingly insurmountable technical, financial and/or political barriers to getting it done.

There were surprising political barriers to introducing the water conservation and efficiency programs to Guelph – programs that have successfully saved ratepayers millions of dollars over the years.  Also striking were the challenges the City faced in bringing the Hanlon Creek Business Park to market ensuring we had  land to grow local jobs.  I think you can imagine how buying a shopping mall, splitting it in two, selling half of it back to the private sector and using the other half to build an arena to keep an OHL team in our community came with a few challenges.

In all of these examples, and so many others, there are always people in the mix whose first response  is to find someone to blame – aka “to throw under the bus” at City Hall.  They may not  have supported the project in the first place and see the challenges as their opportunity to say “I told you so”.  They may see it as their political ticket or an opportunity for a promotion.  A competitor might see an opening to overturn a democratic decision.  Or, sadly, they just might like hurting people.

Regardless of motivations, once you go down that path, that is to say spending more time trying to find someone to blame rather than finding solutions, the project is in real jeopardy.

Creativity is the first to walk out the door.  People run for cover.  In no time, your best and brightest leave.  They can’t afford to waste their careers with you and so they seek out an organization with a healthy leadership culture that will allow them to do their best work.

Critical opportunities are squandered – sadly to the point of fulfilling the false narrative promoted by those focused on blame.  Depending on the commitment to the project, this can become extremely costly or, in the case of the water crisis in Flint Michigan, put peoples’ lives at stake.

Last year I participated in an exceptional workshop on sharing failures led by Ashely Good.  Her organization, Fail Forward, helps others do “blameless post-mortems”.  There is a world of difference between learning from your mistakes and casting blame.  A prerequisite to learning is a healthy leadership culture and that requires leaders not tyrants.