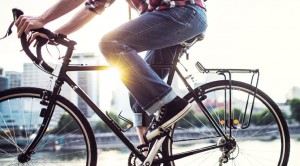 I am going to start with a brief story. There is much more to the story that I have time to tell and it involves many more people, but I want to use it to highlight three themes I believe are important to making sustainability part of a winning election platform.

In 1993, the City of Guelph developed its first strategic plan. I joined a delegation of local residents concerned about the lack of integration of sustainability into that plan – even the limited mention of environmental sustainability had been relegated to the margins. To illustrate our point, we went to the effort of re-writing one of the sections of the plan to demonstrate how we could begin to integrate the concept of environmental sustainability into municipal thinking.

The lack of attention to environmental sustainability was a key motivator in my decision to run for council. During most of my tenure as a City Councillor in the 1990s, I co-chaired the Guelph Round Table on the Environment and Economy. It was comprised of volunteers, including me, representing a range of interests and sectors and it was these civic volunteers that developed the Guelph Green Plan at the request of the City of Guelph.

Our understanding of sustainability evolved over time and we began to embrace the notion of the “Triple Bottom Line” of environment, economy, and society. This built a bigger tent to engage a broader range in interests and allowed us to stitch together many strategies. In 2002, during my first term as mayor, we established a set of sustainability principles through our most ambitious community engagement initiative at the time. These principles were used as the foundation for our growth strategy and were fully integrated into our Official Plan in 2009.

In case you didn’t catch the time frame, from that first delegation to Council to having sustainability principles in our Official Plan spanned 15 years.

It is important to persevere both within and outside of office.

I lost my second bid to be mayor in 2003 just as I had built support to develop a community energy plan.  Undeterred, I brought civic leaders together – forming a community consortium – to develop the plan.   I ran again – successfully this time – for mayor in 2006.  The Community Energy Plan was unanimously approved by Council early in 2007 – in my opinion it would have been approved regardless of the election outcome – it may not be where it is today but it would have received approval and that was because it was not viewed as a City Hall plan but a community plan – it was the product of community leadership not an elected position or one institution.

We have used this concept – of a “community consortium” – to advance economic and social sustainability as well and this brings me to my second theme.

Making sustainability part of a winning election platform is not done alone. It relies on community engagement both within and outside of office and it is not just about tapping into the ingenuity of the community – it is about relationship building across sectors and building a shared accountability for implementation and outcomes. I was able to bring together civic leaders to develop the community energy plan because of the relationships that had been built over the previous decade. Ongoing implementation is shared within the community.

The sustainability principles that I mentioned were called SmartGuelph. They did not have an easy go of it at Council or over the next term. It was the community that kept them alive over four years until there was the political will to dig them back up again and embed them in city policy – and that brings me to my third theme.

Making sustainability part of a winning election platform is not sufficient. You must work diligently to see your progress integrated into city policy so that it becomes business as usual and can survive elections – otherwise what is the point.

I don’t know what it is about water conservation and efficiency that drives the ideologues crazy but we built our strategy around a rigorous financial model and integrated that financial model into our long-term master plan. Every new term, a newbie takes a run at the program but it endures because it makes financial sense as well as environmental sense.  So for over 15 years, we have continued to decouple water consumption from population growth, living sustainably within our local ground water resources.

Perseverance, engagement and integration all important to making a difference and making sustainability part of a winning election platform.