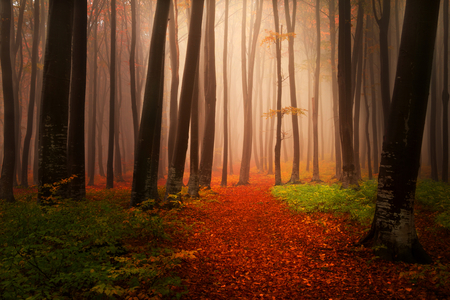 Linda was a rare bird. Not only was she the only other female candidate at my first-all candidates meeting, but she was also the rarest of creatures, a female incumbent. In 164 years, only six women had ever served on city council in the community, and she was one of them.

In 1917, social activist and suffragette Hannah “Annie” Gale became Canada’s first-ever female municipal councillor when she was elected in the City of Calgary. To give you a sense of the times, Hannah had passed the entrance exam for Oxford at a time when women were still not able to graduate from the university.

Elizabeth Mowat was the first woman elected to city council in my community in the late 1940s. As runner-up in a municipal election, she was appointed mid-term after a councillor resigned to apply for the job of city solicitor. I have read that successful women often suffer from “imposter syndrome” – they don’t feel they deserve their success, or that it perhaps came by accident. It isn’t surprising that we can feel this way. After all, Western culture has been instilling such doubts for thousands of years. It’s likely Elizabeth felt that way when she lost her seat in the next election, though I can imagine the sigh of relief that echoed across the Eramosa River valley when male social order was once more restored to the land.

About ten years later, Elva Lovell was elected to council. Given this was still an era when society held a dim view of women working outside of the home, it was remarkable that she served for over a decade. Another woman would not be elected for almost twenty years. That is an absurdly long time.

The first wave of the women’s movement focused on removing the key barriers to gender equality. You know, the small things, like securing the right for women to vote. Women's suffrage in Canada during the early 1900s had bushwhacked an essential path for Elizabeth and Elva to follow.

The second wave of the women’s movement was well underway by the 1970s. Its aim was to change the deeply entrenched social and cultural inequalities that were still a barrier to women’s full participation in society. A turning point in my community’s feminist history came when a spirited group of women formed a civic affairs committee through their local chapter of the Canadian Federation of University Women. What a gloriously radical act it was to stand in defiance of a culture designed to silence women, a culture that did not take them seriously in civic affairs and excluded them from positions of power. The Royal Commission on the Status of Women was hot of the press and provided an action plan for civil society to act. And they did. The group helped elect several women to council, including Margaret MacKinnon in 1973 and Ann Godfrey in 1975, both of whom served for more than a decade. Even so, by 1990 only three other women had joined their illustrious ranks: Clara Marett, Linda Lennon, and Elizabeth Stone.

My interest in local politics coincided with the third wave of feminism, which sought to give women greater influence in politics and media. I met a group of people who held a more inclusive and participatory vision for local democracy, including several women who were interested in a seat at the table. Over the next quarter century, female candidates would be elected to forty percent of the seats on council in my community, far exceeding the national average. The women of the local federation chapter deserve credit for this impressive record. Women are less likely than men to be asked to run for office. Guelph was a notable exception to that rule; we were asked.

While I was never a member of the federation, their support was influential in my political career. Although retired from local politics by that time, Margaret and Ann continued to be wonderful mentors with many stories to share. Their personalities could not have been more delightfully different. While Ann overflowed with kind words of encouragement, Margaret dispensed plain-spoken but refreshing advice like, “don’t let the bastards get you down”. A stoic lesson, indeed.

Some years later, I stumbled across a framed but faded photo of Elva Lovell at the back of a closet in old city hall. The photo marked the first time a woman had chaired a council meeting as acting mayor. I had the photo restored and asked Margaret, Ann, and Clara to unveil it at the opening of the new city hall. It hangs in a small Council meeting room – at least, it did a few years ago. Soon after, on the other side of the country, a boardroom in Calgary’s city hall was named after Hannah Gale. Like Elva, Hannah served as acting mayor, but in her case, she was the first woman to do so in the "British Empire”.

A gender gap remains in municipal politics in Canada. According to the Federation of Canadian Municipalities, women only occupy about one-fifth of mayors’ positions and just a little more than a quarter of councillors’ seats. True equality for women in local politics is still a ways off, especially when you consider other influences like ethnicity, sexual orientation, or a non-binary measure of gender. Fortunately, there will always be trailblazers.