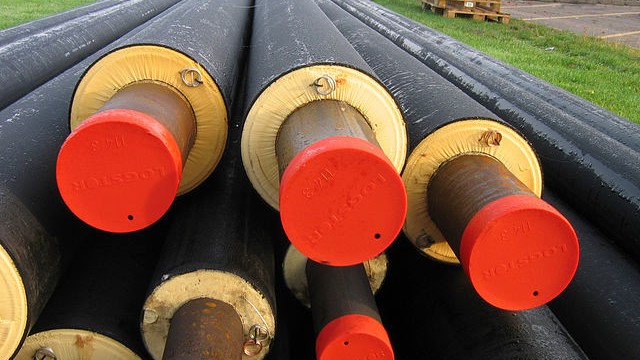 Many European communities, particularly after the oil crisis in the 1970s, began to improve energy efficiency, reduce reliance of imported fossil fuels and make better use of local and renewable fuel sources by encouraging local energy production with district energy. For example, Copenhagen today meets 97% of the city’s heating needs with district energy.

A recent inventory of district energy systems in Canada has identified 128 operating systems with the majority (40) in Ontario. [1]

The first Canadian facility was built in the 1880s in London Ontario to distribute heat to government, university and hospital facilities.  Similar to Europe, there was an increase in the number of district energy system during the oil crisis of the 1970s.  Technology improvements and government support have supported an increase in district energy systems since the early 2000s.

One of the advantages of district energy is the variety of fuel sources that can be used to improve energy efficiency. The review of Canadian facilities identified the use of gaseous and liquid fossil fuels, biomass, geoexchange, electricity, industrial surplus heat, diesel, wastewater heat recovery, cooling using sea and lake water, municipal solid waste and solar energy.[1]

With advances in technology, district energy combined with combined heat and power capacity (i.e. the generation of electricity as well as heat) can achieve double the efficiency of a traditional fossil fuel power plant. Further efficiency can be achieved by producing thermal energy during off peak periods and storing it for distribution when demand is high.[3]

District energy offers many economic, environmental and social benefits to a community. Canadian systems are achieving 8 to 12% on investment with payback periods ranging from 5 to 20 years depending on the particular system.[1]

The Canadian inventory estimated that the total annual thermal energy being produced accounts for approximately 1% of total building energy consumption for space heating, space cooling and water heating in Canada (approximately 5.3 million MWh).  This figure is comprised of the thermal energy production of about half of the identified 128 facilities and consequently underestimates the current contribution of district energy in Canada.[1]

While a tried and true technology, district energy requires a significant shift in the way we have traditionally thought about our energy system.