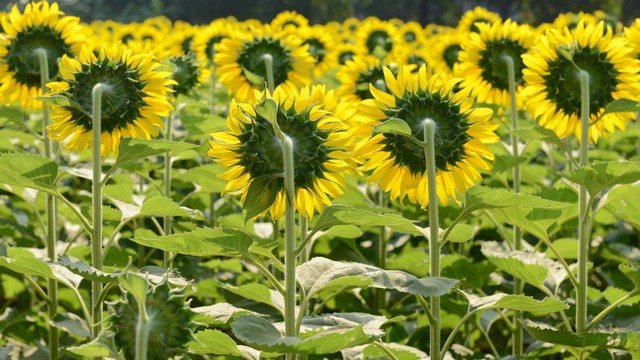 There is a saying I see around town printed on bright yellow posters – Farmers Feed Cities.  Today that means more than food.  It also means energy – wind, solar, biomass, and bio-gas.  Farmers fuel cities too.

While in Kingston last week, I took in a discussion on rural communities and renewable energy.  The focus of the panel was mostly on solar energy and the conflict that had been caused over large-scale solar farms in Kingston.  Many of us might think of Kingston as the city only but the municipality is one part urban and two parts rural.

Listening to the panelists, there was still a lot of frustration with the Green Energy Act removing local control over the siting of large renewable energy projects.  The imposition of large energy companies on their community was still simmering.  The sheer size of the projects was also a sore point.  As the moderator noted, farmers could hide smaller installations so they wouldn’t disturb anyone.

A clear urban-rural conflict had also emerged.  Urbanites did not want to see any farmland lost or the beauty of the rural landscape impaired.  On the other hand, farmers saw the opportunity to use poor quality farmland to improve the financial sustainability of their family farms and promote the inter-generational transfer of farms.

One of the panelists was very forthcoming about still needing to recover from the public meetings.  They sure didn’t sound like a lot of fun.  It appeared misinformation was rampant on all sides.

The one thing all panelists could agree upon was the need to find a better way.

As we transition to a low carbon economy, if we want it to be a just transition, one that respects communities, we will need to seek better ways of engaging communities – not just informing or consulting them but actually engaging them.  Communities will need to assert their vision for local renewable energy.

In Germany, almost half of the renewable energy production is owned by individuals, communities and co-operatives.  That is a national policy goal.  They empower communities to embrace the energy transition. 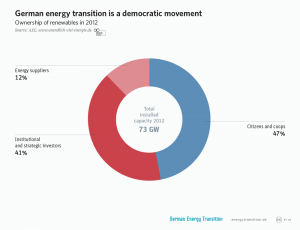 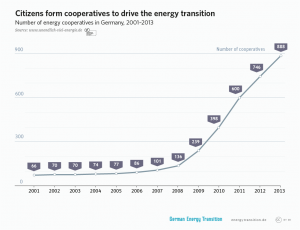 All wind projects in Denmark must have 20 percent community ownership.  The Town of Nelson, British Columbia is building a community solar garden making it easier for residents to benefit from the energy transition.

There are other models we can consider.