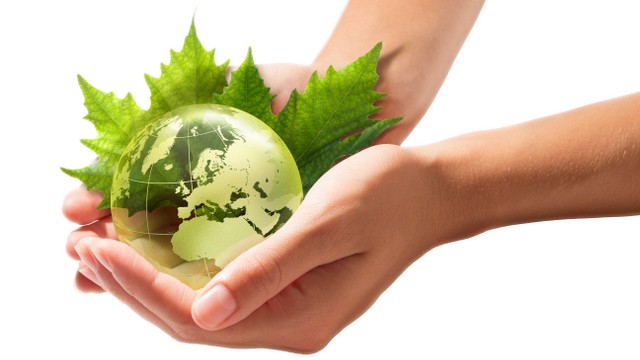 There was an obituary in the Globe and Mail yesterday celebrating the remarkable contribution of a Canadian civil servant to global thinking on sustainable development and climate change.  His name was Jim MacNeill and he was one of the authors of Our Common Future published in 1987.

This was an important report in my life and for many people around me at the time. It certainly changed the path of my life.  With the recent renewed focus on climate change, it sometimes feels like we have traveled back in time to those early prescient days.

I would give Mr. MacNeill, and the work of his colleagues on the Bruntland Commission, enormous credit for the success Guelph has had in advancing sustainability over the last 25 years, including our community energy plan.

It was refreshing to see the Guelph Tribune recently recognize the many organizations that were part of developing Guelph’s community energy plan in an editorial. Was I involved?  Guilty as charged it seems. Like most things though, the idea did not come out of thin air and many individuals and organization laid the groundwork over many years.

Here is part of the story.  I know it is too long for a blog post so here is the Twitter version: It takes a shitload of people and organizations to make a difference on sustainability #community #collaboration #leadership.

A short history of progress on community energy

The release of the Bruntland Report, Our Common Future, in 1987 sparked many conversations in Guelph on sustainable development and led to the formation of the Guelph Round Table on the Environment and Economy in 1988.

The Guelph Round Table championed the need for integrated solutions to environmental challenges and encouraged collaboration and greater public participation in local decision making. It was comprised of civic leaders representing a range of interests and sectors.  The work of the Guelph Round Table began to build the relationships that would later be important for the development the Guelph CEP.  Two projects in particular were important to the development of the Guelph CEP: Guelph 2000 and the Guelph Green Plan.

The Guelph Round Table secured funding through the Ontario Green Communities Program to launch Guelph 2000 in 1993 which served as a clearing house for programs related to energy and water conservation and efficiency, waste reduction and sustainable gardening practices.  Provincial funding was discontinued in 1995 and the organization closed its doors in 1996 but not before completing over 2100 home energy visits.

In November 1990, Guelph City Council approved the development of a “green plan” for the city.  In April 1992, Guelph City Council officially delegated the task of carrying out the community consultation for the Guelph Green Plan to the Guelph Round Table. The Guelph Round Table also coordinated the writing of the document using multi-sectoral writing groups and an editor to produce the final document.

The formation of an Environment Committee at the Guelph Chamber of Commerce in the early 1990s also provided an important forum for business and community leaders to discuss the role of business in environmental issue. Today the Chambers’s exceptional co-lab-o-rate publication showcases sustainability in action throughout our community.

Guelph has a long history of active engagement of its citizens in local decision making. In particular, there was a lot of community activism in the late 1980s and early 1990s pushing for more sustainable approaches to municipal resource management (e.g. water, waste, transportation, energy, wetland protection).  These community activists also opened the door to conversations about community energy.

For instance, in 1993 a delegation of citizens appeared before Guelph City Council asking for targets to be set for greenhouse gas emissions and a program to encourage energy conservation and efficiency, and renewable energy. A second public delegation during the same year sought to integrate sustainability into the City of Guelph Corporate Strategic Plan including targets for a reduction in greenhouse gas emissions.

The success of volunteer-run community recycling depots, strong support for the Blue Box recycling program and community opposition to a garbage incinerator led to Guelph City Council approving a city-wide program for curbside collection of recyclables and compostable waste in 1994. This laid the foundation for Guelph’s success in achieving 68 percent diversion of residential waste from landfill in 2012.  The diversion of organic waste from landfill has reduced a significant source of greenhouse gas emissions for the community.

Guelph City Council approved a Water Conservation and Efficiency Strategy in 1999. Guelph’s approach to water efficiency and conservation was well established when the Guelph CEP was developed and its goals were well aligned with the Guelph CEP. What’s the connection between water and energy?  A lot of energy is used to pump water around the city as well as to heat water.

In 2003, a Local Action Plan to reduce greenhouse gas emissions was developed by the City of Guelph.

Guelph Hydro Inc. (GHI) played an early leadership role in development of the community energy plan.  GHI leadership was actively involved with the Guelph Round Table, Guelph 2000, Guelph Green Plan and other collaborative community initiatives throughout the 1990s.  The Energy Competition Act (1998) brought significant regulatory change to local distribution companies in Ontario.  In 2003, the GHI Board engaged in a strategic planning exercise with its management team that led to a corporate decision to transition from a “wires company” to an “energy services” company.   The development of a CEP was seen as a strategic business opportunity. GHI sponsored Guelph’s participation in a Community Energy Planning Mission to the Netherlands.  The mission was sponsored by Natural Resources Canada and Federation of Canadian Municipalities.

Guelph Environmental Leadership (GEL) a non-profit organization was actively involved with the development of the Guelph CEP.  In 2013, GEL wrapped up its operations and the corporate structure was used to form a new organization called eMERGE that is leading home energy retrofits in Guelph today.

In late 2004, community leaders began to discuss developing a CEP for Guelph. In the fall of 2004, the City of Guelph created the position of Conservation & Efficiency Technician who began to provide administrative support to these meeting.

In May of 2005, Guelph City Council approved preliminary terms for a CEP and participation in a community consortium to create a CEP.  Their motion also indicated that the CEP would be integrated with the Local Growth Management Strategy.  That was immensely smart.

The decision to place the accountability for the development of a CEP in the hands of the CEP Community Consortium was carefully made and reflected the understanding that the successful implementation of a CEP would require the commitment of many stakeholders.

As a member of the CEP Community Consortium, the University of Guelph – students, staff and faculty – played an important role in the development of the Guelph CEP.

In the fall of 2005, students enrolled in a Facilitation and Conflict Management course in the School of Environmental Design and Rural Development held four focus groups to gather information for the CEP Community Consortium – one focus group was held with individuals from the energy industry, one with Guelph residents and two with individuals from local industries and institutions.

Funding was also secured through the Faculty of Environmental Sciences to bring an international energy expert to Guelph to engage the community in a series of lectures, workshops and networking events in late 2005.  These events were hosted on campus and in the community and engaged the general public, high school students, local businesses and the research community. Additional funding from GHI and Owens Corning made the event with the business community possible.

Many students, staff and faculty played a role in organizing these events and were instrumental in building community awareness and support for a CEP.

On behalf of the CEP Community Consortium, the City of Guelph secured Green Municipal Funding to engage a consultant.  A request for proposals (RFP) was jointly issued by the City of Guelph and GHI in the spring of 2006.  The RFP was awarded in June 2006.  Approximately 50 percent of the funding was provided by the GMF with the remainder being funded by a local champion – GHI.

The rest as they say, is history.  Hopefully, Guelph City Council will initiate a process to engage the community in updating the Guelph CEP.  It is long overdue and we need it more than ever.